In early May 2019, fans were able to enjoy their first sighting of Outlander filming for season 5. This took place at Bridge of Allan, a small town just north of Stirling. The site was first seen on-screen in episode 5.02, ‘Between Two Fires’ when Murtagh and fellow Regulators meet and talk with the two prisoners broken out by Jamie.

Filming took place in the wooded area (Milne Woods?) just off Sunnylaw Road. The street had been closed to traffic between Ferniebank Brae and the junction of Abercromby Drive and the woods were off-limits to all but those involved with the filming.

It was a busy location. As well as actor Duncan Lacroix being  present, there was also a large number (30+?) of other, less well-known actors present, some who are no doubt set to become a bit more familiar as season 5 progresses.

A few patient fans were lucky enough to chat with some of the regulators. Unfortunately, it seems the actors were not giving away any spoilers. 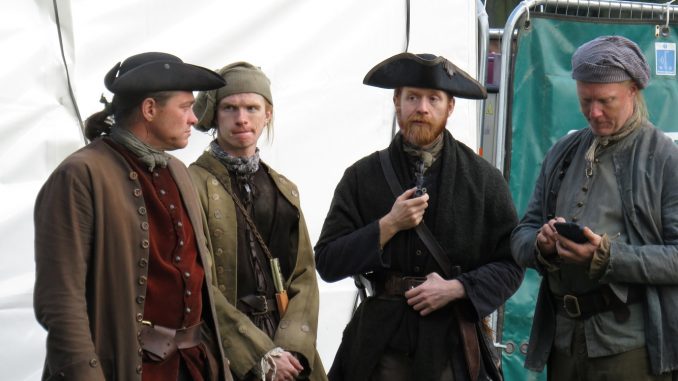 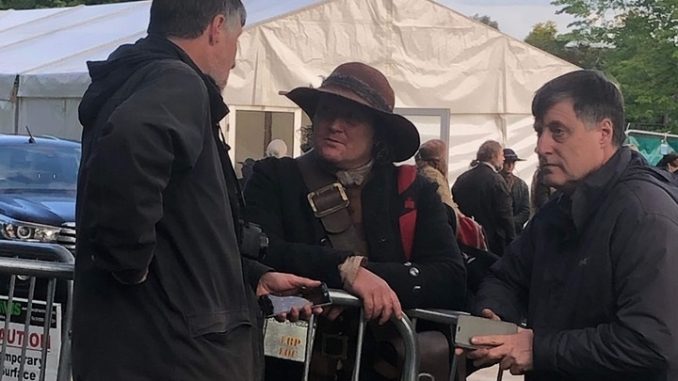