Located close to the Outlander filming studios, filming at Cumbernauld Glen was most likely a convenient site for cast and crew. Similarly, many fans were able to visit, and watch the stars in action. Their efforts were well rewarded, being introduced to some new and interesting characters, and re-introduced to some old favourites.

With notice having been given to the local population it wasn’t long before word got out about impending Outlander filming in the area. And there was plenty going on to entertain those able to look on. 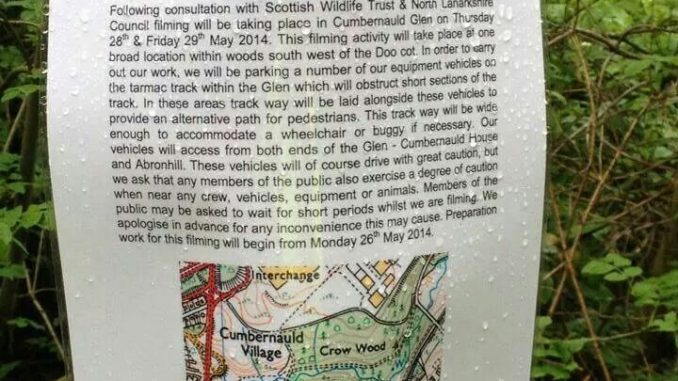 The area taken over by the Outlander team was quite extensive, indicating the amount of filming planned for the location. 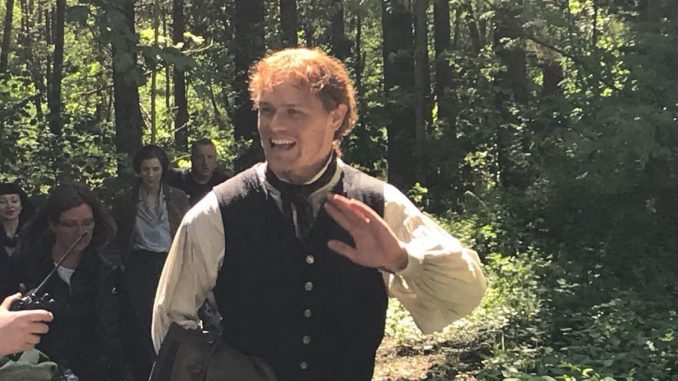 As hoped, Sam and Caitriona were in attendance. Despite appearing busy, they were typically attentive to the fans, saying hello and, when time allowed, signing autographs and posing for selfies. 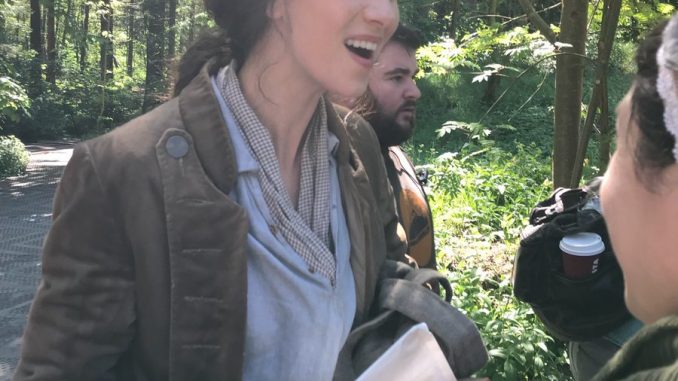 A few, now memorable, props were in place. Below is the shelter Jamie and Claire build to sleep in while building their cabin. 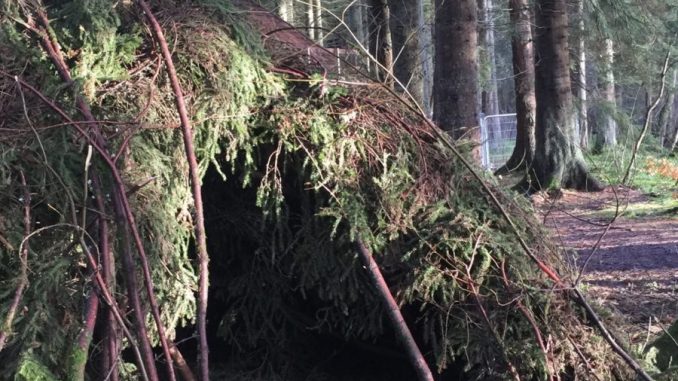 There was also a log cabin. After much speculation about whether or not this was Jamie and Claire’s cabin, set designer Jon Gary Steele declared that it wasn’t. It was later shown to be the Muellers’ cabin. 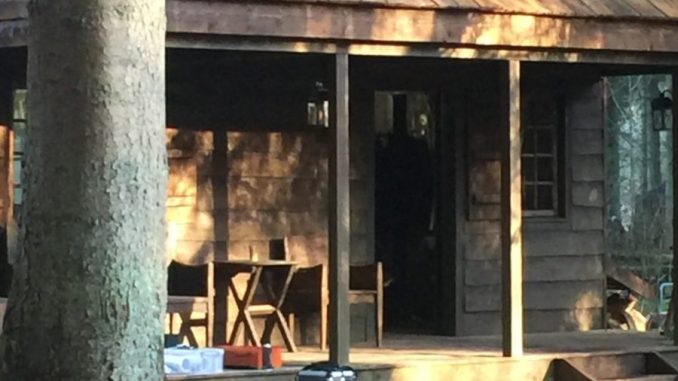 A number of memorable scenes were filmed at the glen. Perhaps the most memorable was the much anticipated fight between Jamie and the ‘bear’. 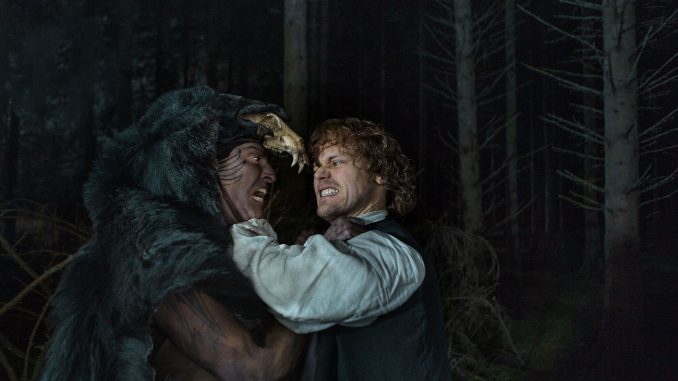