Appearing in many season 1 episodes of Outlander, Doune Castle is used as Castle Leoch, the seat of Clan Mackenzie. It is here that we are introduced to many important characters, including Murtagh, Mrs Fitz and Laoghaire MacKenzie as well as Colum MacKenzie, Laird of the Clan, his wife Letitia and their son Hamish.

Much of the castle was used in filming. The huge courtyard, and great hall were used to great effect, as well as the surrounding grounds. One interesting exception was the Doune Castle kitchen. A set was built to exactly replicate the castle’s kitchen, to help make filming easier.

Originally built in the 13th century, Doune Castle suffered much damage in the Wars of Independence. It was later rebuilt in its current form in the 14th century. Also well known for its use in Monty Python and the Holy Grail, the castle has also more recently appeared in Outlaw King and Game of Thrones. It therefore attracts many visitors. 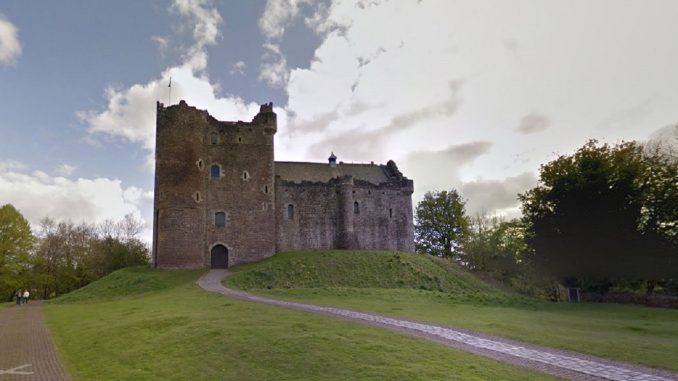 Outlander fans first see Doune Castle when Frank and Claire visit the ruins of Castle Leoch. The next time we see the MacKenzine fortress, is when Claire is taken there by Dougal and after being rescued from “Black Jack” and helping Jamie with his injury. The courtyard below (image from Historic Scotland) will be recognisable from when Claire and her new friends arrive at the castle. 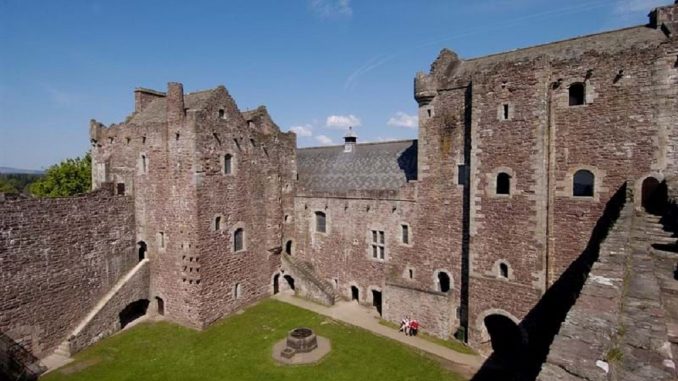 Inventive methods were applied when using Doune Castle in some scenes. We understand that the scene shown below (image from Historic Scotland) with Claire and Geillis Duncan was filmed elsewhere (Pollok Park?) and the castle added onto a green screen in the background. 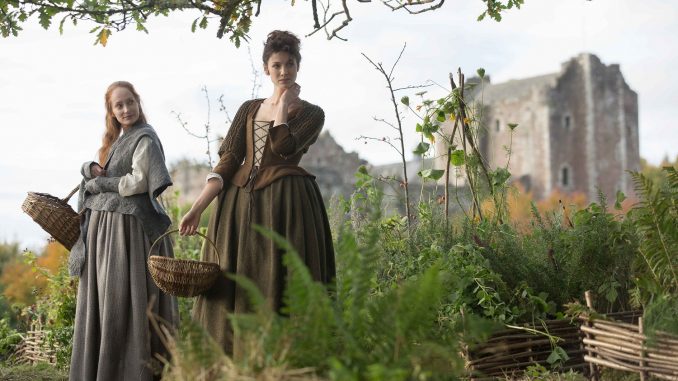 Similarly, as stated above, the filming of the kitchens required that some difficulties be overcome. The problem was that the camera crew were unable to operate out of sight of each other. To address this problem set designers measured the area in detail and built an exact replica of the kitchens at the studios, with provisions for camera operators to be able to film and remain out of shot. 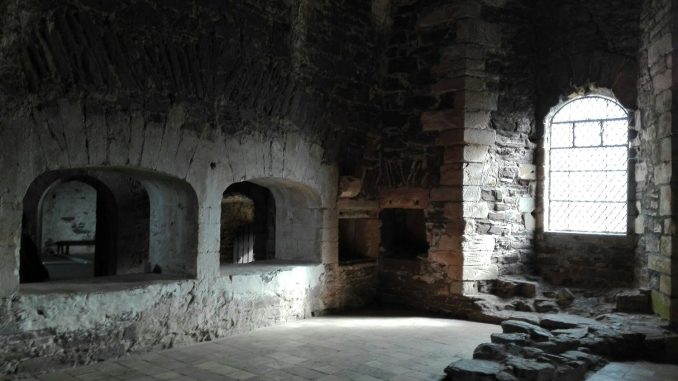