Drummond Castle is well known for its gardens. These gardens were used in Outlander season 2 in the episode “Untimely Resurrection” as the Gardens of Versailles. While there, Claire and Jamie unexpectedly come across “Black Jack” Randall.

Drummond Castle Gardens dates back to the 17th century. The 2nd Earl of Drummond, who was also a a Privy Councillor to James VI and Charles I, is typically credited with initial transformations of the gardens, from 1630 to 1636. Records point to the 4th Earl making further additions, planting avenues of trees (initially intended to stretch the 20 miles to Perth). 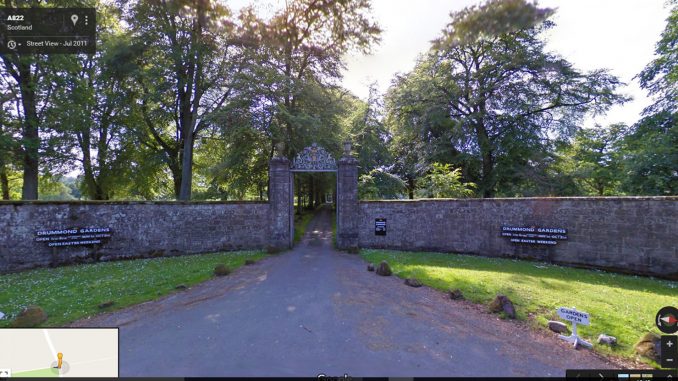 Unfortunately, the gardens suffered as a result to of the Jacobite rebellions. Improvements were postponed because of the Duke of Perth’s involvement in the 1715 uprising. Then, in 1745, the gardens were effectively abandoned when the estate was annexed. Luckily, the gardens were re-established in the early 19th century, by Clementina Drummond and her husband Peter Robert Willoughby. 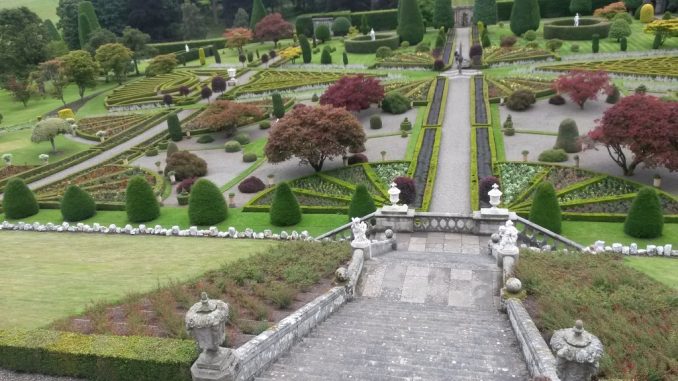 Regarded as “one of the finest formal gardens in Europe”, Drummond Castle Gardens attracts visitors from around the world. Located in Perthshire,  is an easy drive from Stirling and Perth and should be able to be comfortably reached from Edinburgh and Glasgow.