Gosford House is used in Outlander season 2 as the stable house at Versailles Palace. It has also been used in season 3, as the front of Helwater and the inside of Ellesmere.

A few miles east of Edinburgh, Gosford House is easily accessible from the Scottish capital. The house is only open during part of the year. However, part of the gardens is open all year round, and is well worth visiting. 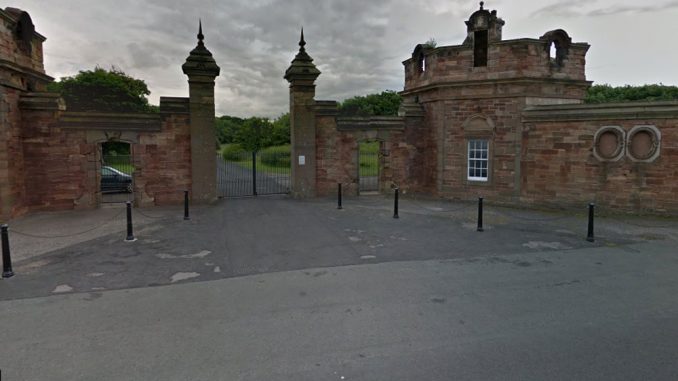 The rear of house was used as the stables at Versailes. This isn’t immediately apparent, partly because a significant amount of CGI work was used to transform the Edinburgh stately home into the French palace. 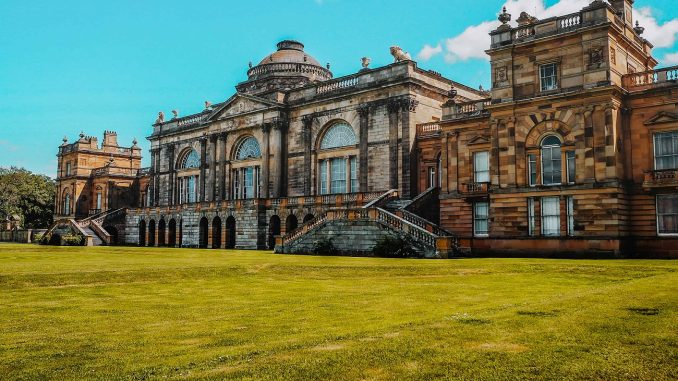 The ground level is, for the most part, unchanged. However, much of the upper levels were significantly refashioned to the appropriate French 18th century style. 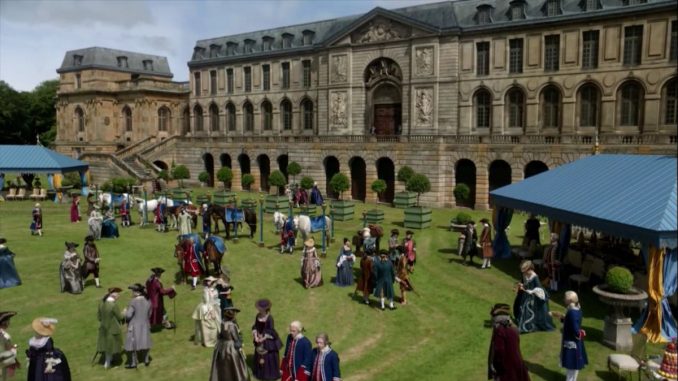 Fans will remember the stable at Versailes from season 2, when in ‘Untimely Resurrection‘ Jamie advises the Duke of Sandringham about which horse to buy.

It is in this same episode that we meet Jamie’s friend Annalise, who then walks with Claire through the gate shown below. 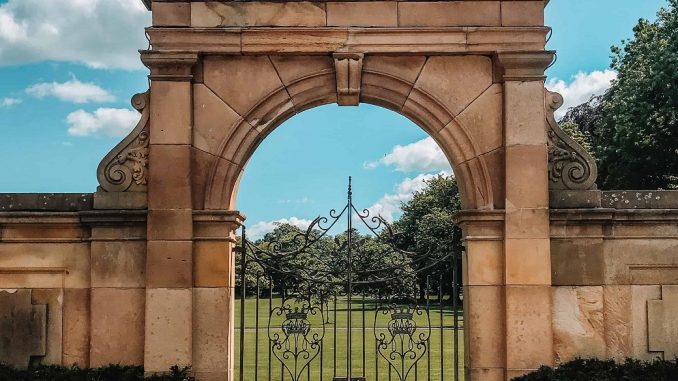 Tours of Gosford House
There are Gosford House Outlander Tours. These are available for £15 per person, and interested fans can find out more at info@gosfordhouse.co.uk. Be aware that they require a minimum of 15 visitors to cover the minimum fee of £225 per tour.