Hopetoun House is a large stately home in Hopetoun, near Edinburgh. It has been a generous location, providing scenery for seasons 1, 2 and 3. Fans of Sam Heughan may also be aware that it has appeared in photographs used to promote Barbour.

The house is still in use, and the current resident is Adrian, Marquis of Linlithgow. Lucky for us he is quite happy for the estate to be used for filming. 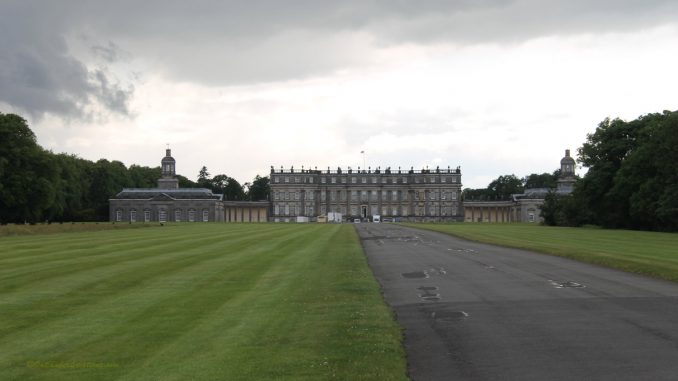 On our first visit, we arrived too late to see around the building. Staff at the house were keen to keep us on the outside of the gate because filming was taking place. We had hoped that it may be Outlander filming, but we can’t say for sure one way or the other. And we couldn’t get any closer.

Luckily our second visit was a lot more fruitful. We joined a tour of the house which took us round many of the rooms. First of these was the red drawing room where Claire and Jamie meet the Duke to request Jamie’s pardon. When not being used for filming, this room is used for private functions and dinners. 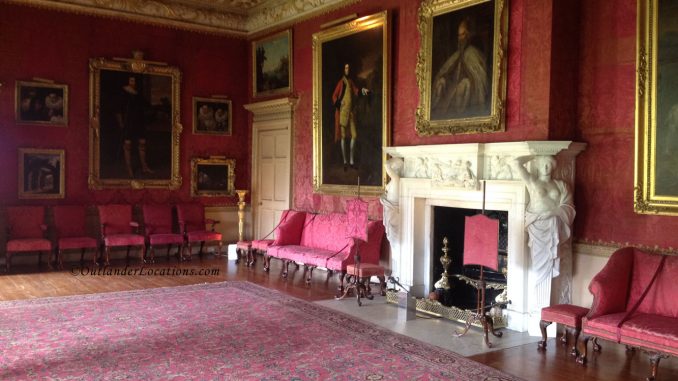 Next to the red room is the living room. This may be recognisable as the room where Jamie talks with Lord Dunsany at the start of his time in Helwater. 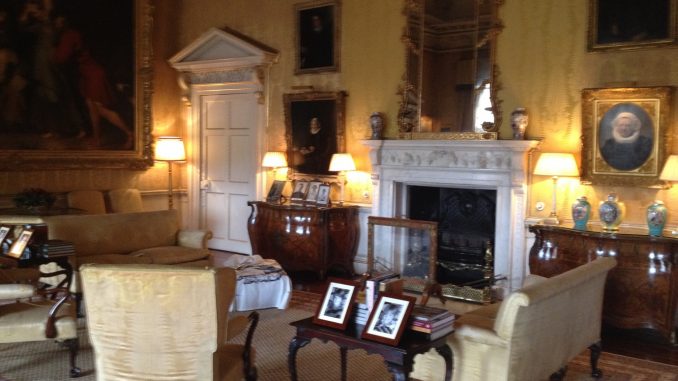 Upstairs there were two bedrooms used in season 2, Claire and Jamie’s guest room in Paris (with the green bed) where Mary Hawkins recuperates from her rape, and Mary’s bedroom at her Uncle Silas’s home. 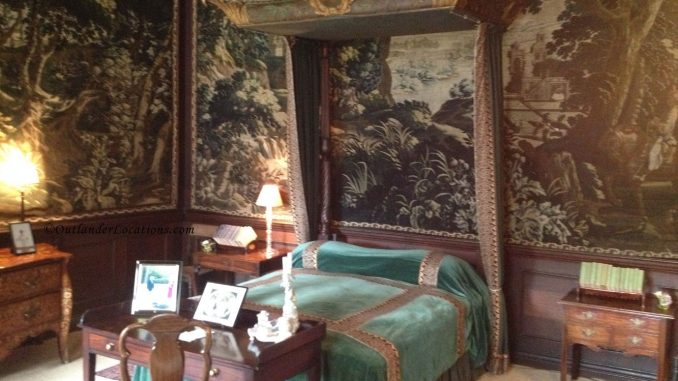 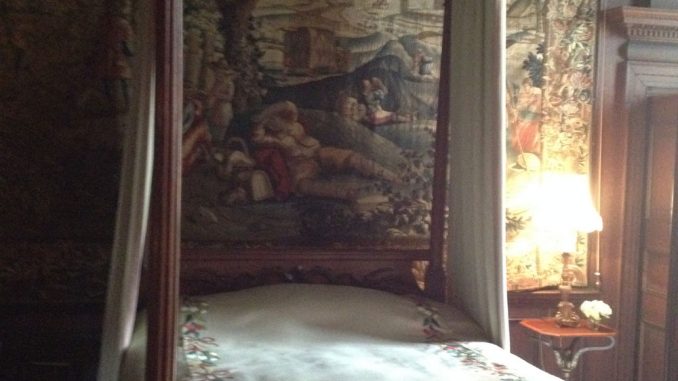 At the end of the tour the guide suggested we visit the viewing platform on the roof. She also pointed us towards a few filming locations around the estate, most of which we were able to see from the platform. 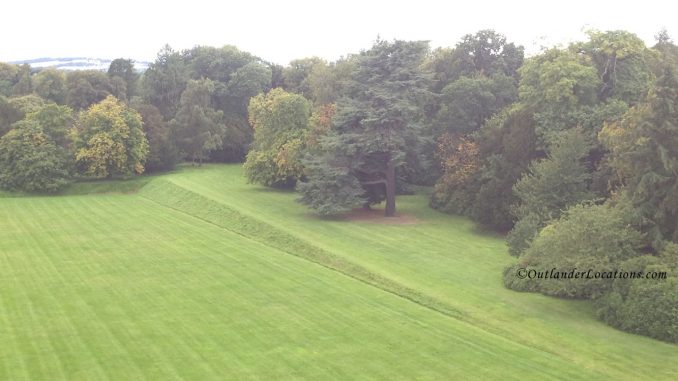 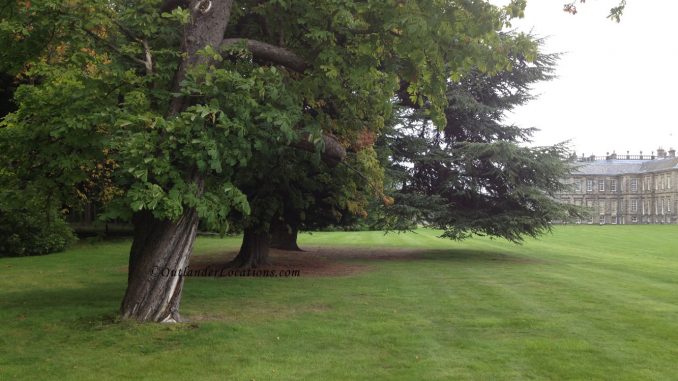 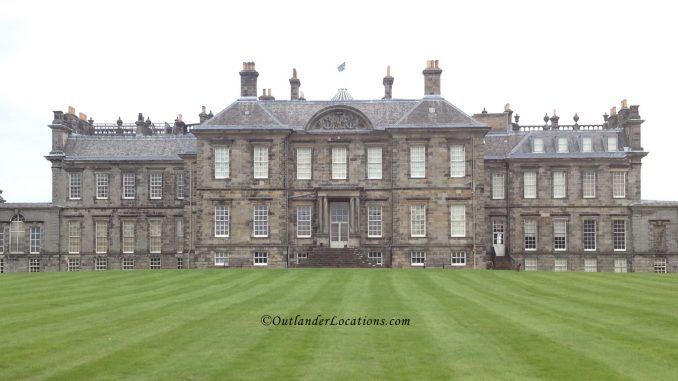 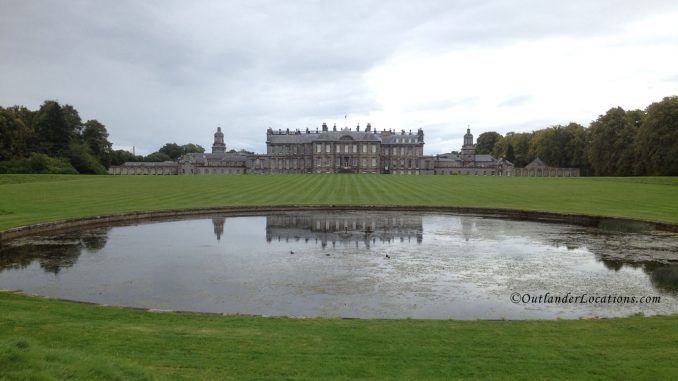 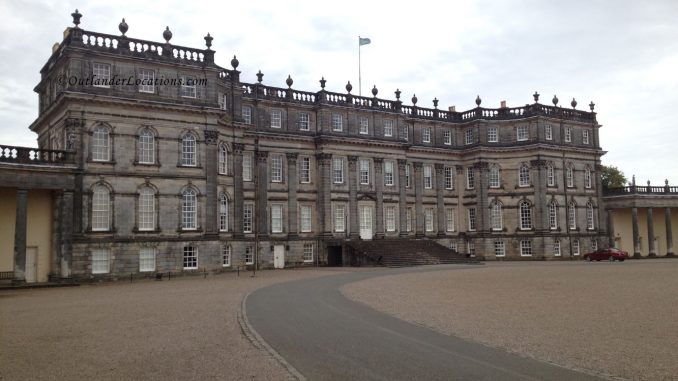 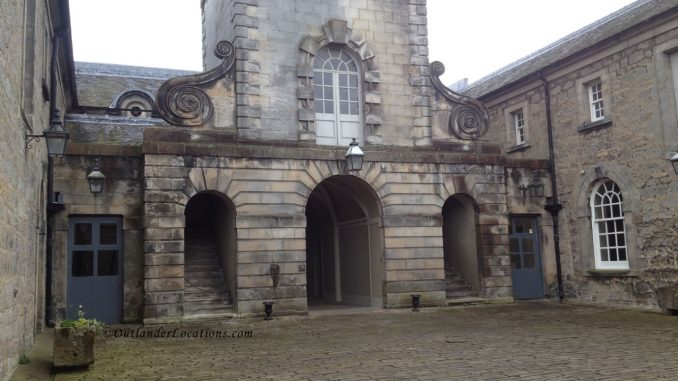 And there was still more to see. As our guide had suggested earlier, we made our way towards the stables. On the way we saw the courtyard used as the entrance to the Paris brothel, Maison Elise. 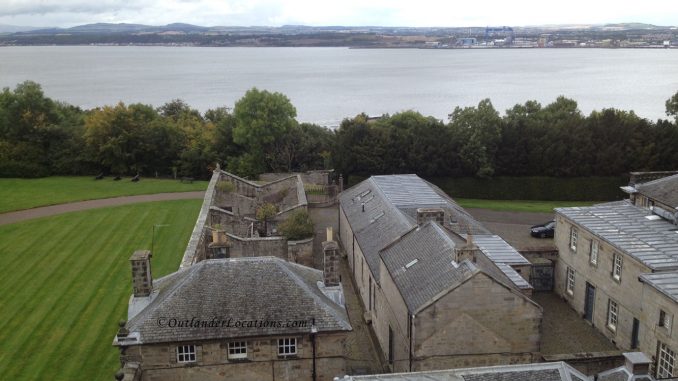 Near to the courtyard was the alleyway where a number of Paris street scenes were filmed, including the infamous rape of Mary Hawkins. Interestingly, the same alley was used as the Helwater stables in episode 4 of season 3. 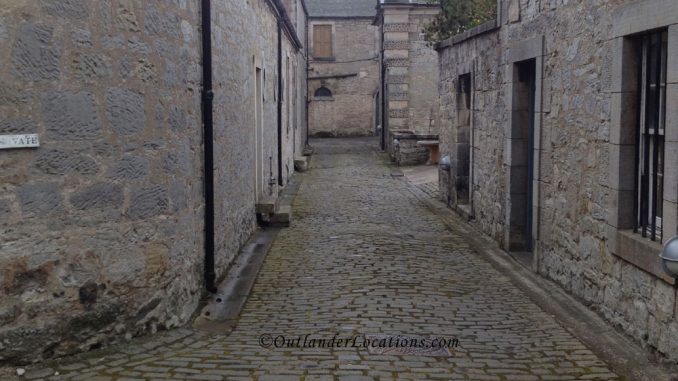 The same alleyway is also used, in ‘Useful Occupations and Deceptions’, when Jamie chases Fergus from the brothel after seeing him stealing from the guests. The chase continues out onto the back wall of the house, seen below without the market stalls and street furniture  that was used re-create Paris at night. 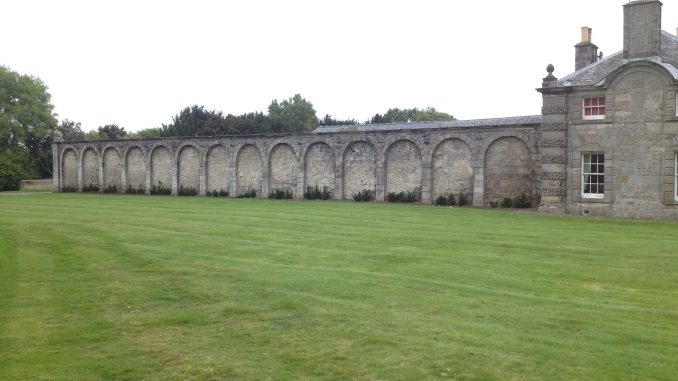 In the Gardens there are more season 3 filming locations. One of these, in episode 3.04, ‘Of Lost Things’, is where we see Jamie train Willie to ride a horse. This is a square of lawn to the side of the house. 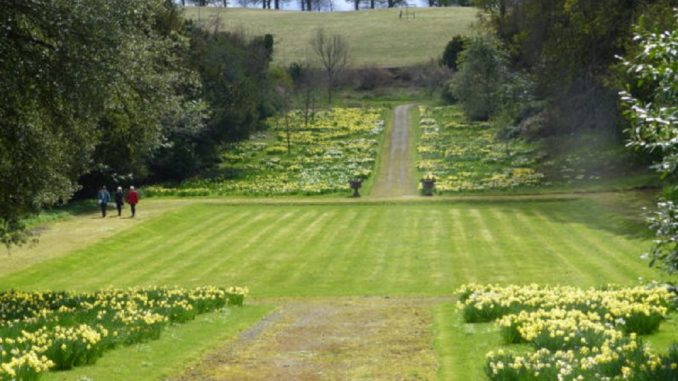 We have a few more photos on standby. Hopetoun House has been well used so far, but we won’t be surprised if it appears in future episodes.

How to get to Hopetoun House
Car is by far the easiest way to reach this location. With the majority of visitors likely to be coming from Edinburgh, and most of the rest from Glasgow, we will focus on these two routes.