Used for season 4 filming, St Andrew’s in the Square is a category-A listed, 18th-century former church.

Located near the centre of town, it is now used as the city’s Centre for Scottish Culture, promoting Scottish music, song and dance. Actors seen here during filming included Sam Heughan and Caitriona Balfe. 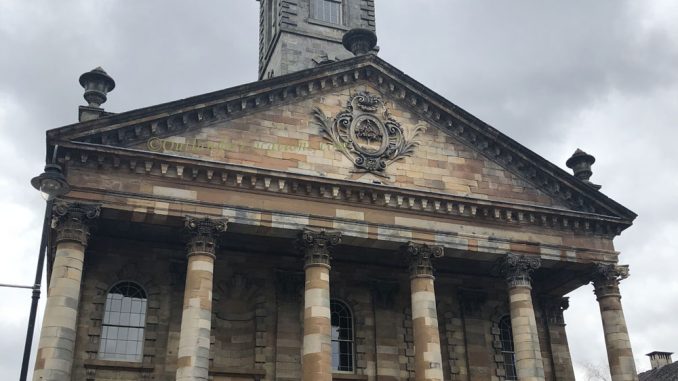 The church was built in the mid-18 century (1739 – 1756). During this time, the it acquired a connection with the Jacobite rebellion, Bonnie Prince Charlie’s army camping at the site in December of 1745. 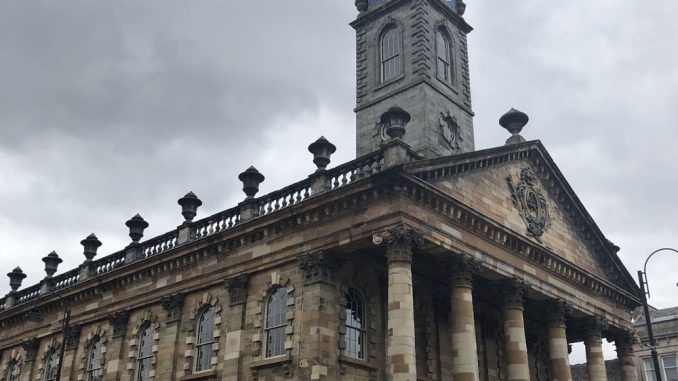 The inside of St Andrew’s in the Square was used to film the theatre scenes in episode 4.08, Wilmington. 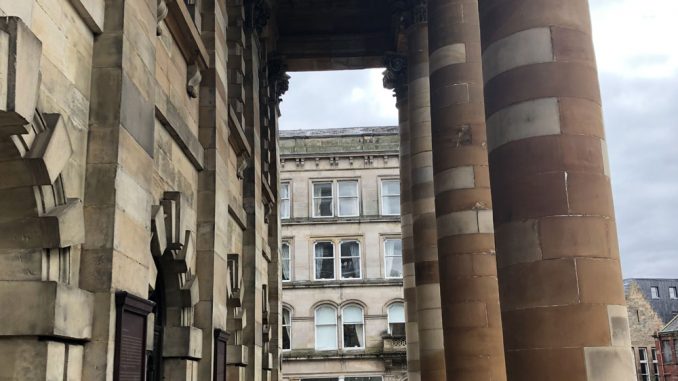 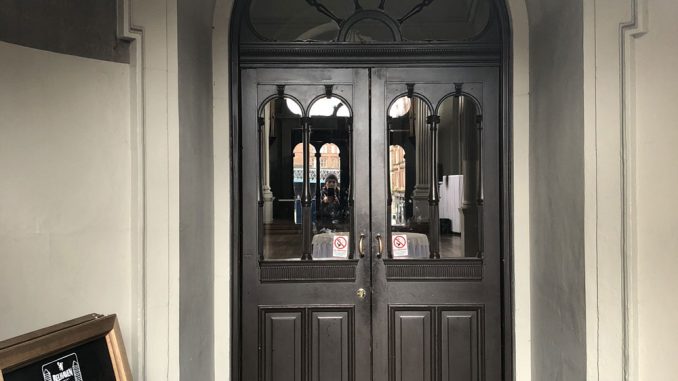 Filming also took place outside the church. It was here that Sophie Skelton and Tobias Menzies can be seen in the scene when Frank talks to Bree about moving to England. 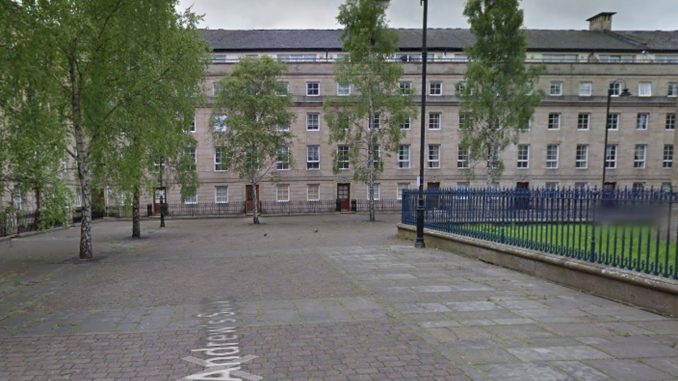 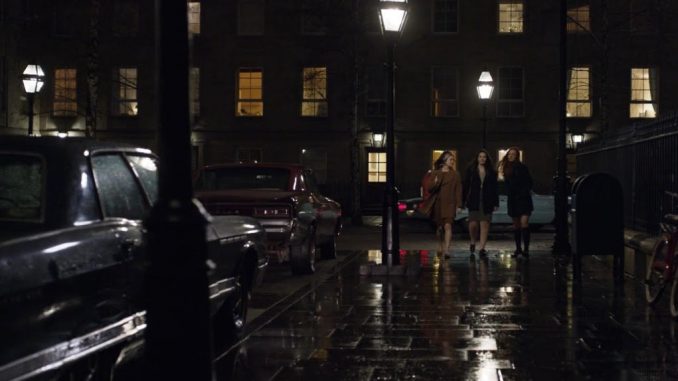