The lecture theatre in ‘Surrender’ was filmed at Summerhall, in Edinburgh. Once home to Edinburgh University’s Royal (Dick) School of Veterinary Studies, it was here that Claire meets Joe Abernathy at the start of their medical studies.

Summerhall has been around for over 100 years. Built in 1913, it is probably best known for its historical ties to Edinburgh University. It hosted The Royal (Dick) School of Veterinary Studies, affectionately known to all as the Dick Vet, from 1916 to 2011. Since then it has been developed into an arts hub. It also has its own microbrewery and distillery, producing Barney’s Beer and Pickering’s Gin.

Outlander fans will be happy to hear that the lecture theatre is still in place. It is used for events, many of which are open to the public. 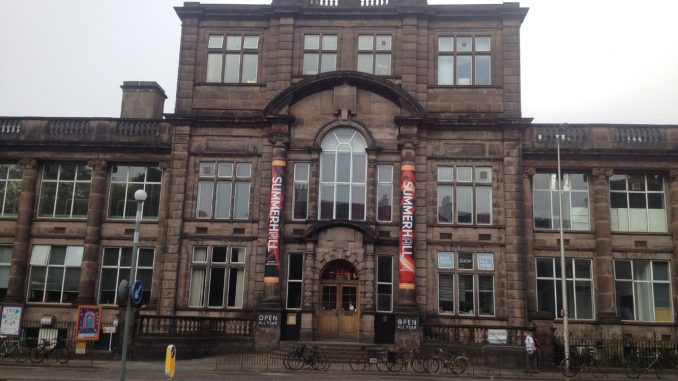 When we visited we were able to walk freely around the building. Despite the changes since 2011, the inside of the building has a definite old-fashioned atmosphere. 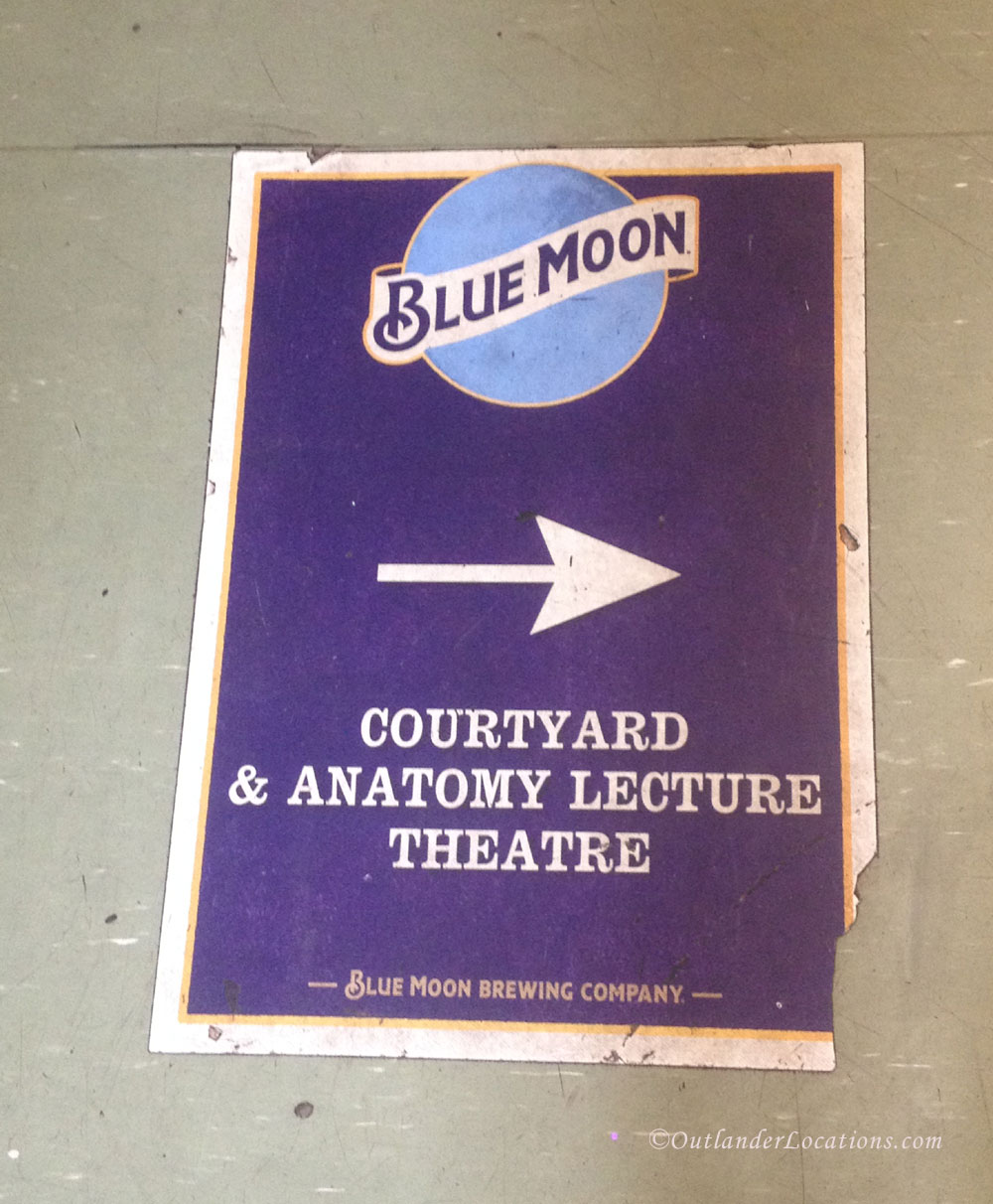 Signs point visitors to the lecture theatre, which appears to be supported by a popular alcoholic drink. 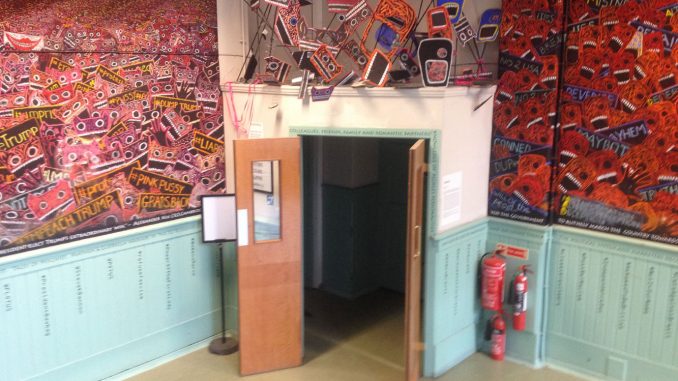 Through a set of double doors is the lecture theatre, as we remember it from Outlander season 3. We weren’t able enter the room, but found the image below. 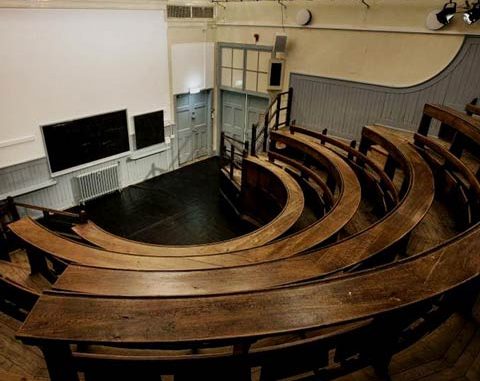