In Season 1, episode 7, “The Wedding”, Frank proposed to Claire outside the City of Westminster’s Register Office. The location for this was Glasgow City City Chambers, in John Street next to Glasgow’s George Square.

Glasgow City Chambers acts as the base for this city’s local government.  It is an impressive and historical building, making it an ideal filming location. Aptly, 45 John Street is the location of the the Glasgow’s Registration Office for births, deaths and marriages.

Tourists may also be interested in visiting the nearby Merchant City, a stylish area of town with fine restaurants and upmarket stores, as well as home to season 4 location St Andrew’s in the Square. 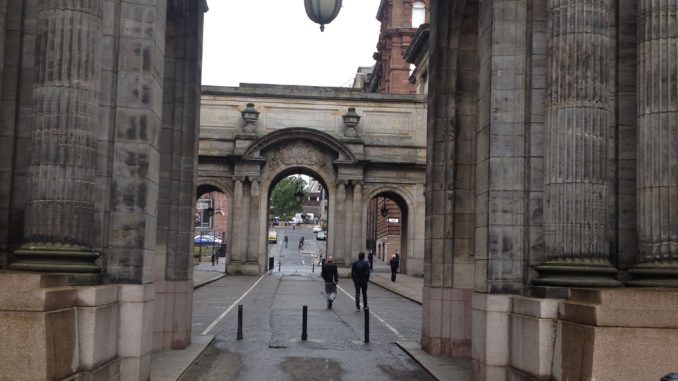 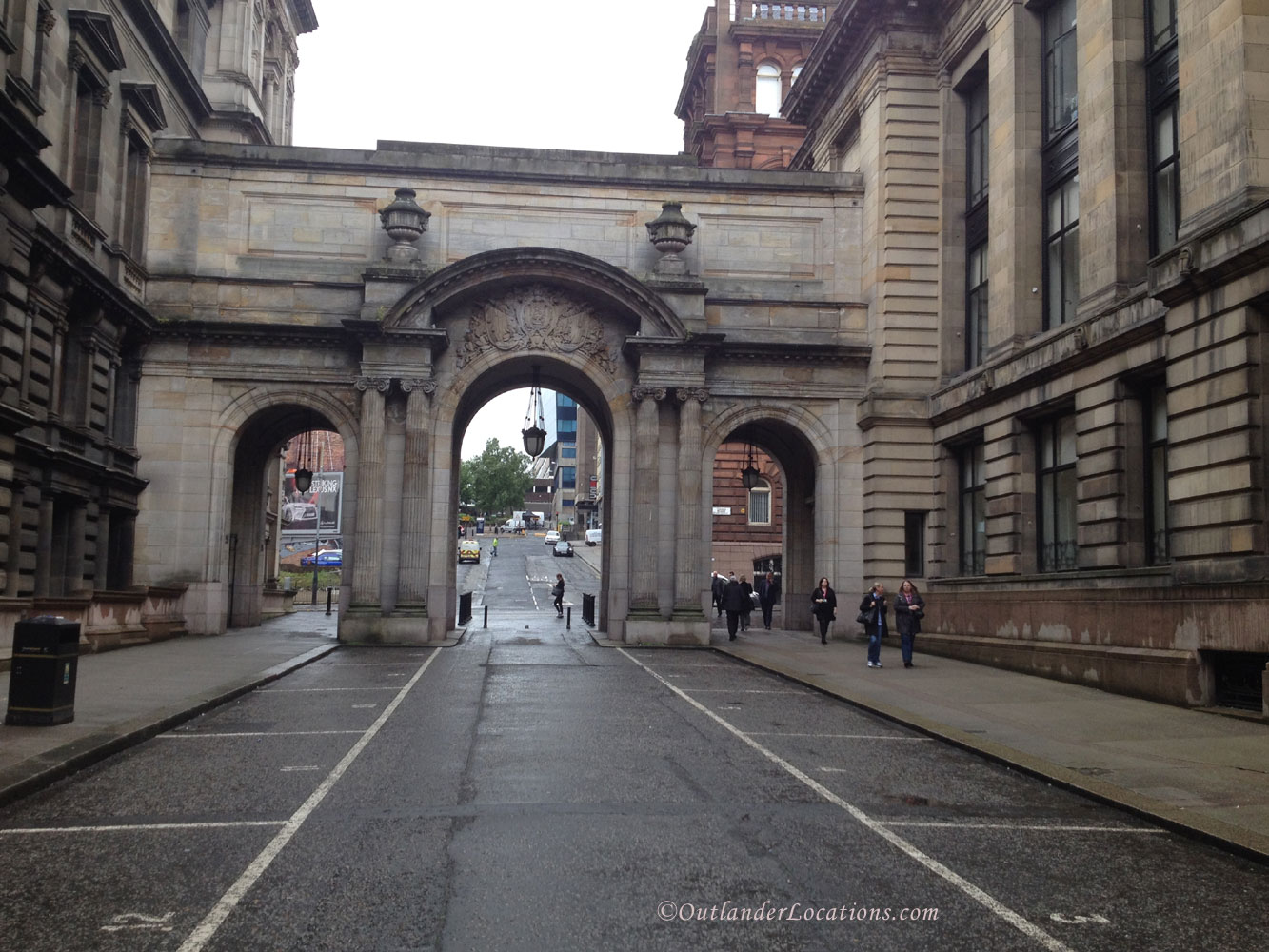 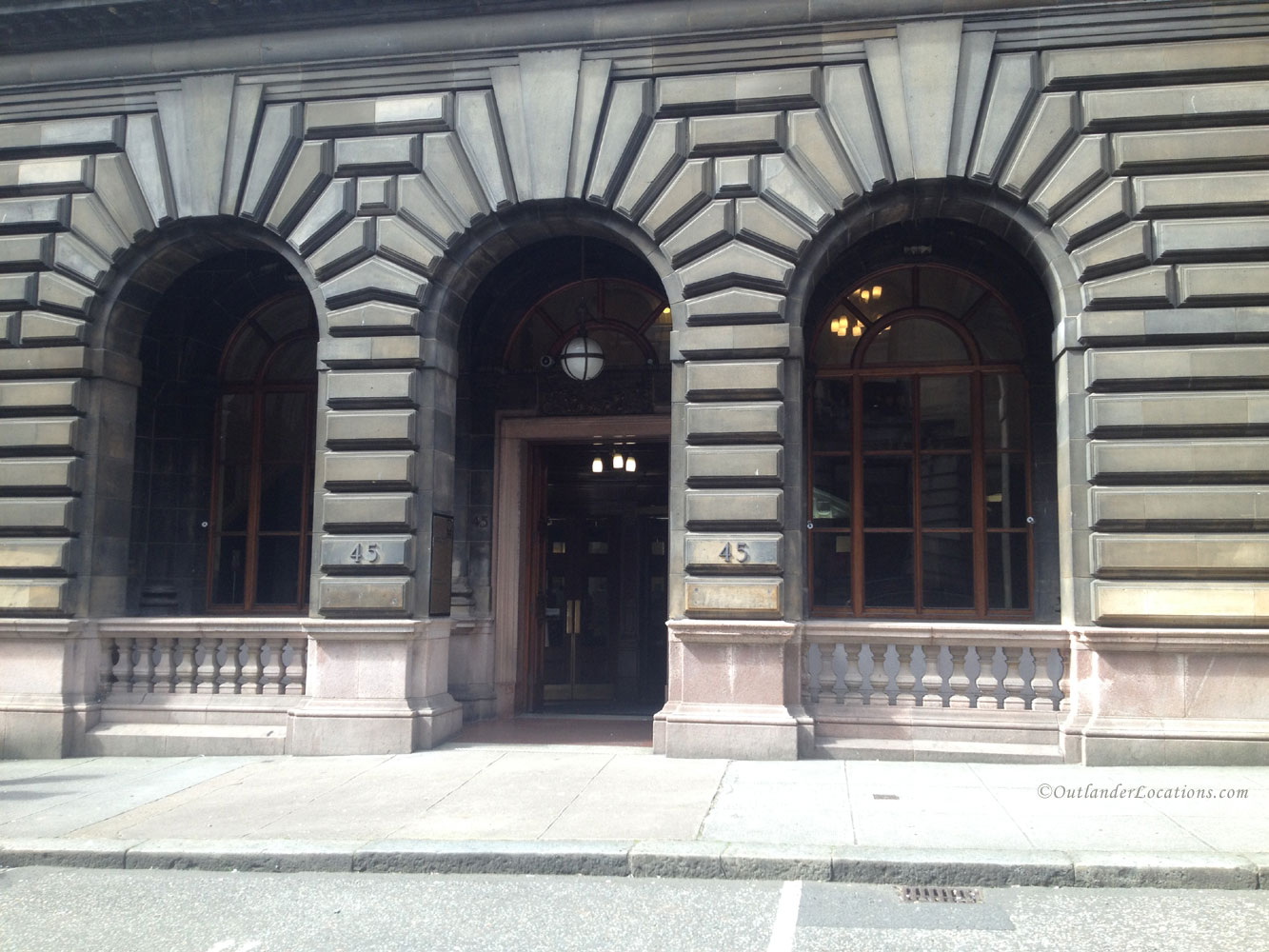 Because John Street is a bit hidden, we’ve included an image of the City Chambers from the from the front, as seen from  George Square. 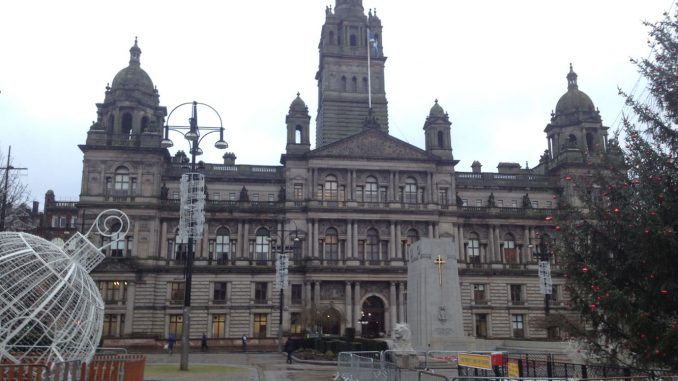