It’s the 4th of July! US Independence Day!

In 1776 the 13 American colonies declared themsleves the new nation of the United States of America. Our underatanding is that the preceeding war was an opportunity for some defeated Jacobites who had made their way to the US, to take joyful revenge on the Redcoat Army. Black Jack would not be pleased. 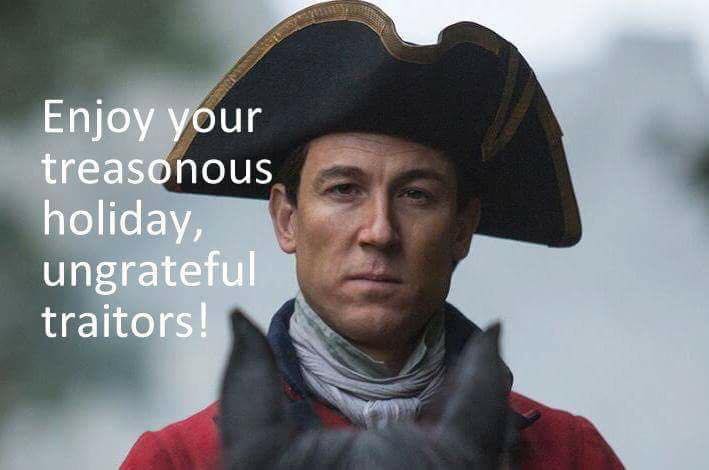