We visited Dowanhill Street, in Glasgow, today. This is the location that has been used for filming scenes for season 3 of Outlander, presumably those involving Frank and Claire at Furey Street, Boston. It was everything we had come to expect from recent news reports. 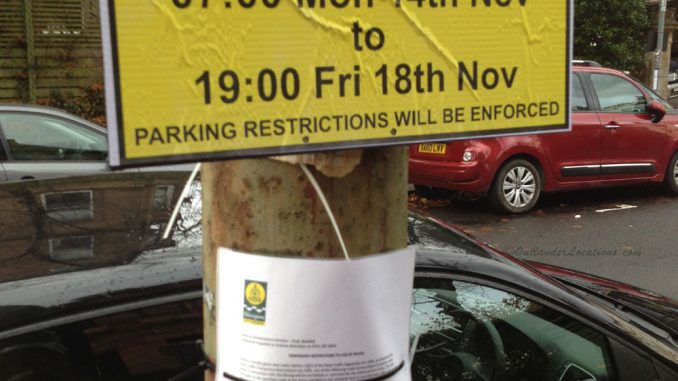 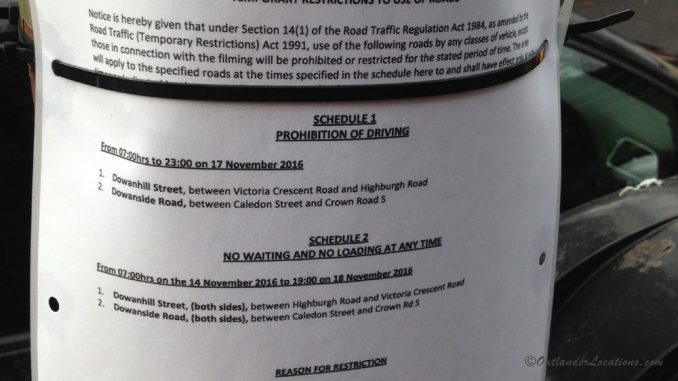 It seems that the coming week is going to be busy for the street. Signs say that there will be filming in the week ahead. They don’t say what show is going to be filmed, but our suspicion is that it’s going to be Outlander.