Lately, there has been much good news about Outlander season 5. With a premiere date and disclosure of the NYCC panel, we have been given much to which we can look forward. However, it has also inspired and added to concerns about Roger. 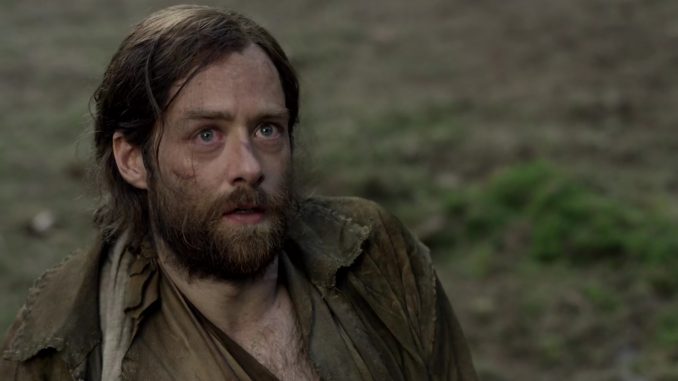 Roger MacKenzie is a significant character in Outlander. Some would even argue that, in season 5, he rivals Jamie in importance. However, recently his fans have expressed some worries about their beloved Roger Mac. Being such a relevant character, they expected Roger / Richard Rankin to feature notably in the premiere announcement and NYCC panel, at least  to a level comparable with Sophie Skelton. And this doesn’t seem to be happening. 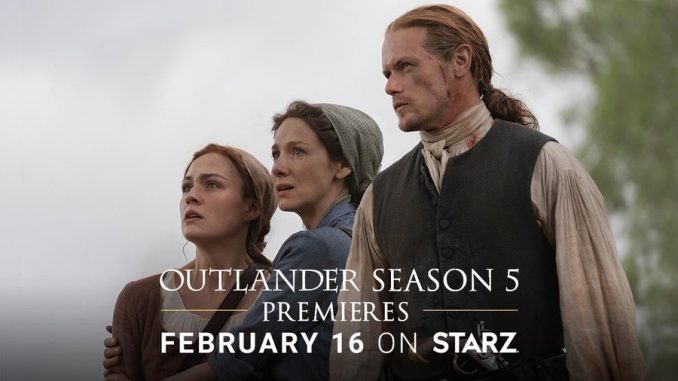 The promo image released with the premiere announcement has caused some ire. It doesn’t feature Roger. Instead, we have an image of an angry-looking Jamie alongside Claire and Bree, both of whom seem concerned. Why is Roger absent? It hasn’t been explained. Is Richard Rankin considered less of a star than Jamie, Caitriona and Sophie? Could it be that the 3 other characters are simply longer-established, so deserve precedence? Or, as we suspect, is it a ploy to focus wholly on Roger. By way of his absence, many fans are now directing their attention on Roger Mac.

As covered in our earlier article, the announcement of the NYCC panel has annoyed fans of Roger / Rik Rankin. The apparent replacement of Sophie and Rik with Duncan Lacroix, Maria Doyle Kennedy and David Berry has left many feeling let down and bewildered. We’re inclined to think that the new lineup is there, at least in part, to reduce the chance of spoilers (questions about an important scene involving Roger). However, there are many who don’t agree.

Not only does this absence (in NYCC and in promo material) make no sense, I also think it is downright harmful: it perpetuates the wrong that was done to Roger’s character and the way he is perceived in S4 by keeping him cut off from the Fraser family. Why? It’s so disappointing. pic.twitter.com/iwKvBsdING

And if that’s not enough, there is a dearth of (worthwhile) activity on social media.

Similar to other actors, Rik Rankin has not been saying much. At times he’s not saying anything. And when fans do see material, it currently seems to be images of Rik from the back. Can we assume anything from this behaviour? Our guess in no. Many of the other actors are also not saying much. Even Sam and Caitriona are a lot less active than they were during season 4 filming. Also, it could indicate that Roger has a visible injury to his face / front, and they are trying to keep this from us for the sake of preventing spoilers. In short, we don’t believe there’s reason to be concerned. However, as above, there are more than a few who disagree.